Comments in Paul’s two epistles to the Corinthians coupled with references to Corinth in the book of Acts reveal an intense, and even complex, level of interaction between Paul and the church he planted in that city. An overview of these Corinthian connections will provide insight into the apostle’s activity level and the ongoing care that was necessary for young churches. While some details of these interactions may be impossible to harmonize with absolute certainty, reasonable resolutions are possible and profitable to the student of the New Testament. 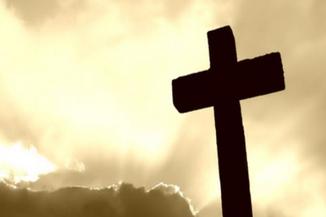 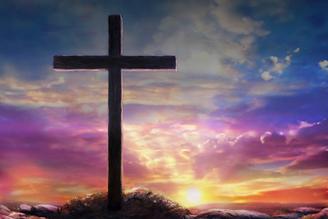 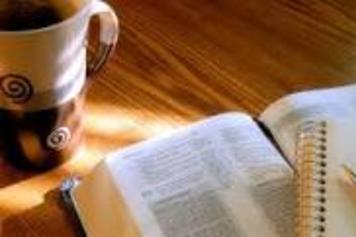 Discipleship means different things to different people, resulting in a confusion of terms, methods, and desired results. “The confusion with terms is more than a semantic problem. It is true that we have confused our definition, but the real problem is that, in one way or another, our experiences have altered our understanding of what Jesus meant in His Great Commission.”1 An examination of the use of terms relating to discipleship in the New Testament will help clarify the meaning of discipleship in its contemporary application. The New Testament uses two Greek word groups to describe discipleship. The first, mathetes, is translated “disciple” and the second, akoloutheo, is translated “follow.”

Romans chapter five is pivotal in Paul’s epistle and in Christian theology.  Romans 5:1-11, the first section of this chapter, points out the results of justification through faith alone in Jesus Christ alone.  Verses one through five focus on justification, the divine declaration that believers are rightly aligned with God’s moral requirements through Jesus Christ.  Verses six through eight focus on redemption, the payment Jesus made for sin on the cross.  Verses nine through eleven focus on reconciliation.  Reconciliation refers to the restoration of the believer’s relationship with God and is one significant result of justification.  By justification we are declared righteous in God’s sight.  Through reconciliation we have been restored to a position of friendship and fellowship with God.  Romans 5:9-11, therefore, can be summarized with the statement, “Reconciliation: we have been fully restored to a right relationship with God through Jesus Christ.”

The New Testament was written within the historical context of the first century A.D. While the various authors at times took note of historical events and figures, their purpose was not to set forth a scientific chronology in terms of our modern approach. Instead, they were proclaiming the world-transforming activities of the Lord Jesus Christ and His followers. Luke, the author of the book of Acts, follows this pattern. He includes several chronological links that provide a historical framework for the growth of the early church and the ministry of Paul. Paramount to Luke’s writing, however, is the spread of the Christian faith. Yet, several of Luke’s historical notices do satisfy some of our longing for a clear chronology of the early church.

The book of Romans is central to Christian theology and the fifth chapter of Romans is central to the whole book. As one writer stated, “If you wish to know whether a man is a theologian, turn to his Greek Testament, and if it opens of its own accord to the fifth chapter of Romans, and you find the page worn and brown, you may safely set him down as a devotee of the sacred science.” 1 It would be fruitful, therefore, for Christians to understand an overview as well as the doctrinal details of Romans 5. Romans 5 presents the results of justification by faith, and Romans 5:1-11 highlights the fact that justification by faith results in peace with God. The first five verses of Romans 5, the focus of this article, can be captioned “Justification: we have been declared righteous through faith in Jesus Christ.”

Stephen was an outstanding and outspoken member of the early church and eventually became the church’s first martyr. At his trial before the Jewish Sanhedrin, Stephen presented his defense in the form of a lengthy review of God’s dealings with His people in the Old Testament era (Acts 7:1-53). This masterful message, however, has come under critical attack. Several of Stephen’s statements appear to contradict the Old Testament record. Were there errors in Stephen’s message, or are there reasonable explanations for some of the difficulties his message contains? 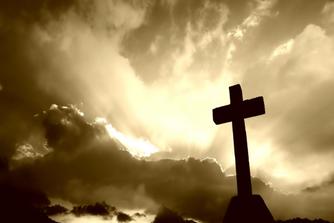 Jesus, during His earthly ministry, called twelve disciples to follow Him and represent Him as His specially designated apostles. These apostles became the primary leaders in the early church and in the spread of the gospel beyond the borders of Palestine. But were these twelve the only apostles? Are there apostles today? A clear understanding of New Testament apostleship will help us to better grasp the nature of God’s plan for the church and the spread of the gospel today.

The Keys of the Kingdom 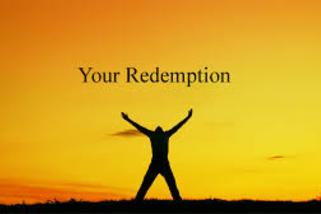 A popular notion currently in vogue is the idea that the New Testament is an incomplete collection of biblical writings. There were, after all, many other Christian writings dating back to the early church. Shouldn‟t the New Testament include these other writings? This idea of missing material has become even more popular in recent years through the Jesus Seminar‟s The Five Gospels: The Search for the Authentic Words of Jesus1 and through the adventure novel, The Da Vinci Code2 , by Dan Brown. These, along with other contemporary writings, seem to be enamored with the extra-biblical literature of the early church. So we must ask ourselves the question, is the New Testament complete? There are good reasons to answer this question with a resounding “yes,” and to regard the so-called “hidden” writings as inferior to the inspired New Testament text. 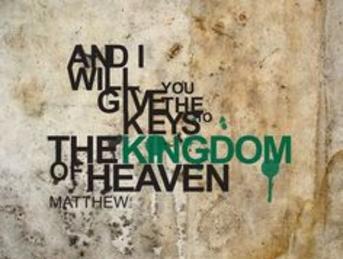 pdf Keys of The Kingdom

Most Christians know that Jesus had twelve disciples, but most Christians probably can‟t name all twelve. We might remember Peter, Andrew, James, John, Matthew, and regrettably Judas Iscariot. We might even remember Philip or doubting Thomas. But how many would recall Bartholomew, James the son of Alphaeus, Thaddaeus, or Simon the Zealot? This study will explore what the Bible reveals about these four obscure disciples. 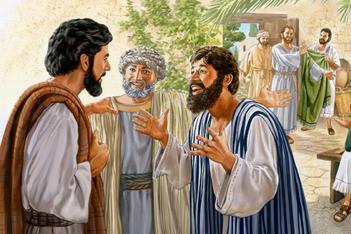 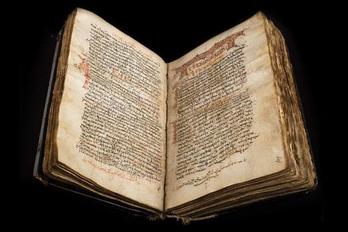 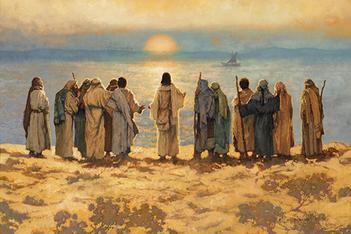 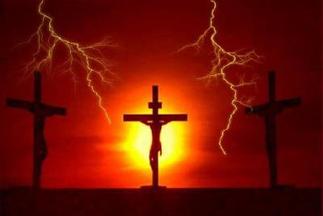 Were there Errors in Stephen’s Message?

Chronological Links in the Book of Acts

One particularly difficult passage in the New Testament that challenges our interpretive skills is found in Matthew 16:17-19.  In response to Jesus‟ question, Peter had confessed his belief that Jesus was the Messiah, the Son of God.  Jesus responded to Peter by promising to give him “the keys of the kingdom of heaven.”  What did Jesus have in mind?  In what way did Peter make use of this privilege during his lifetime?  How does this passage apply today?  These are some of the questions that orbit around this difficult passage.

The theologically rich fifth chapter of Romans includes such themes as justification, substitution, redemption, reconciliation, imputation, faith, and grace.  Romans 5:1-11 focuses on the fact that justification by faith results in peace with God.  Romans 5:12-21 expands on the contrast between spiritual death and spiritual life— eternal life that’s the outcome of justification by faith.  Romans 5:1214, the focus of this article, introduces the relationship between Adam and Jesus Christ.  It points out that everyone related to Adam through birth will die.  Here Paul paints the picture of humanity’s dire condition outside of Jesus’ saving work.  The concept of “original sin” finds support in this passage. 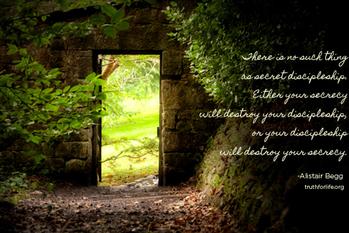 The fifth chapter of Romans is a theological treasure trove, especially when it comes to the doctrines of sin and salvation.  The first part of the chapter, verses 1-11, concentrate on peace with God through justification by faith.  The second part, Romans 5:12-21, points the spotlight on eternal life as the outcome of justification by faith with an emphasis on the contrast between spiritual death and spiritual life.  This article will examine Romans 5:15-17.  Building on the comparison between Adam and Jesus Christ in the preceding verses, this section further emphasizes the contrast between the way of Adam and the way of Christ.  This contrast between Adam and Jesus Christ serves to heighten our awareness of the extent of God’s grace.  Paul presents these contrasts in order to help us understand the gracious gift of justification by faith.

The fifth chapter of Romans forms a high water mark for Christian theology. Its focus on the results of justification by faith makes it essential reading for every believer and a target of detailed study for the serious student of God’s Word. Romans 5:1-11 points to the fact that justification results in the believer’s position of peace with God. Verses 6 through 8 form a cohesive block. “Paul accentuates the unity of the argument in vv. 6-8 by ending each sentence (in the Greek text) with the verb ‘die.’”1 By implication, these verses carry the theme of redemption. Although the word “redemption” is not found in these verses, it’s clearly at the core of Paul’s thinking. Redemption refers to Christ’s subsitutionary payment for our sins by which He purchases us from the slave market of sin through His death on the cross. Romans 5:6-8 can be summarized with the statement, “Redemption: our sins have been completely paid for by Jesus Christ.” 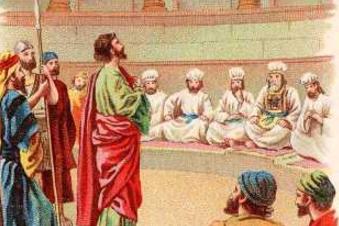 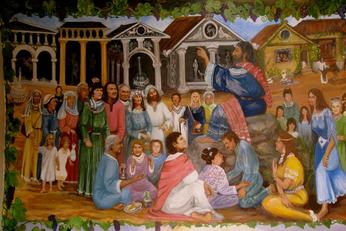