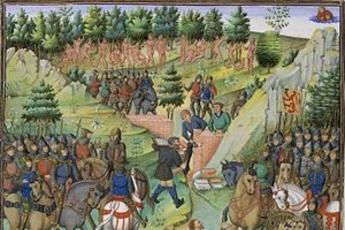 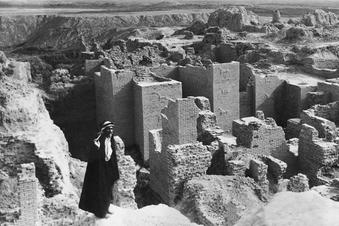 The Date of the Exodus

Every Sunday School student has heard the story of Jonah and the whale. But did a whale really swallow Jonah? Modern critics of the Bible declare that no such event ever took place. It is too incredible to be credible. But the Old Testament presents the story as a factual event, and even Jesus referred to the Jonah story in literal, historical terms. The account of Jonah and the whale, therefore, becomes a test case for literal Bible interpretation. . 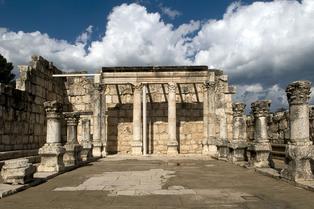 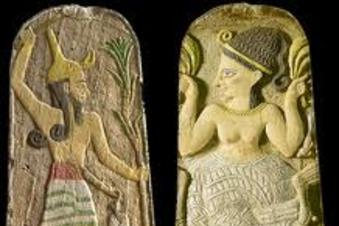 What Was the Urim and the Thummim?

The Sons of Shem

The prophecies of Ezekiel 38-39 mention several intriguing names including Gog, Magog, Meshech, and Tubal. How these people and places figure into future events has captured the attention of many students of God’s Word. Historical, geographic, and linguistic backgrounds help clarify these names and their relationship to God’s future timetable.

What was Job’s Behemoth?

Idolatry was strictly forbidden among God’s ancient people (Exodus 20:4-5).  King Solomon fell into idolatry in his later years.  This slide into sin, according to 1 Kings 11:3-4, came about through complicity with his foreign wives.  His downfall serves as a warning to God’s people today to guard against spiritual compromise.  Solomon rendered devotion to three named deities as well as countless other idols as described in 1 Kings 11:5-8.  An overview of Solomon’s idols can serve as a warning to God’s people today.

​Biblical events fit within a distinct historical framework. In fact, it’s often this historical framework, verified through nonbiblical records, that demonstrates the veracity of the scriptures. Understandably, however, there are debates about the historical links to some of the events recorded in the Bible simply because they happened so long ago and because secular records from ancient times are rarely complete. One such event is the Exodus of God’s people from Egypt. Scholars have for many years debated the date of the Exodus. The debate falls basically into two camps—those who hold to an early date and those who hold to a late date for the Exodus.1

The Sons of Japheth

As the Israelites were anticipating their entrance into the Promised Land, God carefully warned them not to fall prey to the worship of the Canaanite deities (Exodus 21:23-24). In addition to the Old Testament, ancient records have preserved some of the names and characteristics of these pagan gods and goddesses. Their immoral nature, reflected in the lives of their worshipers, proved to be a worthy motivation for the elimination of such worship. Unfortunately, the Israelites at times turned to idolatry and brought on themselves God’s judgment. Who were these ancient gods and goddesses of the Canaanites, and what does the Bible say about them? 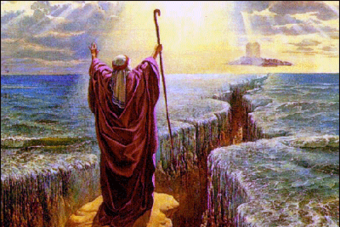 Noah‟s three sons—Shem, Ham, and Japheth—became the ancestors of all nations and people groups on earth. The Table of Nations (Genesis 10) provides a historical background to the current diversity of people groups around the world. “Critics used to argue that the table could not be true, but most of the names in the table now have been discovered in written remains from the ancient Near East and the chapter increasingly is regarded as a trustworthy record.”1 Noah expressed a blessing on Japheth, indicating that God would “extend the territory of Japheth” (Genesis 9:27). Japheth‟s descendants became what we know today as the Indo-European nations, sometimes referred to as Aryans. “The Japhetic or northern peoples, fourteen in number, originally concentrated in the Caucasus region between the Black Sea and the Caspian Sea, thence spread east and west to form the great Indo-Germanic family.”2 Genesis 10:2-5, along with the parallel account in 1 Chronicles 1:5-7, lists Japheth‟s seven sons and his immediate descendants, and provides a historical foundation for understanding the spread of the IndoEuropean people groups.

The Synagogue in History and Scripture

Casting Lots and Discerning God’s Will 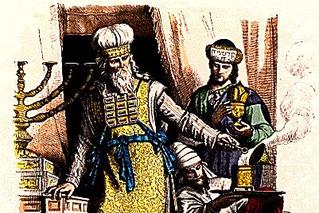 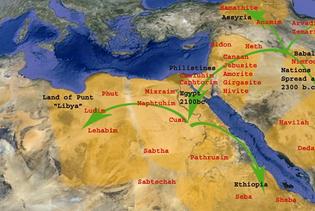 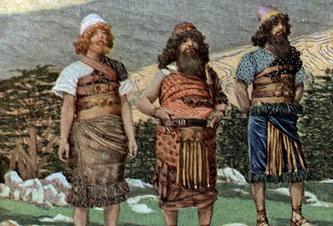 A Journal Devoted to the Study of the Bible 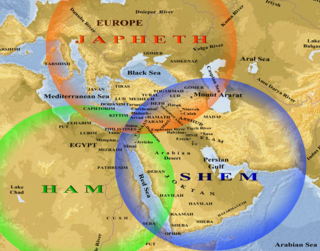 One of the mysteries of the Old Testament is the identity of the Urim and the Thummim, a device used by the priests of Israel to determine God’s divine direction.  What was this device, and how did God use it to direct the decisions of God’s people?

pdf Date of the Exodus

Discerning God’s will for an individual decision or for the direction of a church can be challenging. Wouldn’t it be easier to simply “cast lots” and leave the decision in the providential hands of God? After all, Proverbs 16:33 says, “The lot is cast into the lap, but its every decision is from the Lord.” However, such a simplistic approach to decision making might violate the clear teaching of the New Testament regarding the necessity of prayer, revealed truth, and spiritual discernment. Is casting lots appropriate for Christians today? 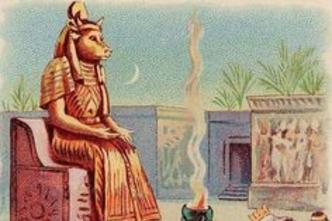 The Bible was written within a historical and cultural framework. Therefore, we would expect the Bible to touch on aspects of that framework, and even reveal where ancient pagan culture influenced the people of God. One such cultural influence is found in the worship of the goddess Ishtar. 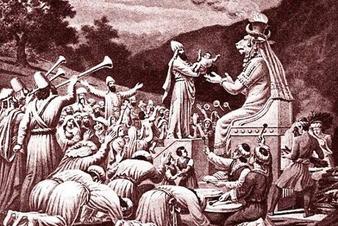 Shem was one of the three sons of Noah, the brother of Ham and Japheth. His descendants, often referred to as Semites or Semitic people groups,1 came through his five sons as described in Genesis 10:22—“The sons of Shem: Elam, Asshur, Arphaxad, Lud and Aram.” The Bible presents Noah, Shem, and their descendants as historical individuals. In fact, ancient records support the historical existence of Shem’s five sons and the people groups that descended from them. These Semitic groups shared similar linguistic and cultural patterns and settled primarily in the Middle East. “Semites are divided linguistically into Northwest Semitic (Aramaic, Phoenician, Ugaritic, Canaanite: Hebrew, Moabite), South Semitic (Arabic and Ethiopic), and East Semitic (Akkadian: Babylonian and Assyrian).”2 The most prominent line of Semitic people, biblically speaking, is the Jewish race through which Jesus Christ entered the world. Therefore, it’s important to understand the historical reality of the five sons of Shem.

Everyone remembers the story of Job, the man who faithfully served God and who, because of Satan‟s challenge, lost his wealth and family. Job never denied God through this grueling test, but he did question God. The closing chapters of the book of Job record God‟s majestic reply to Job‟s cry of despair. God reminds Job that He is an awesome Creator and is, therefore, trustworthy with His creation. As a case in point, God refers to twelve specific animals among His creation—the lion, the raven, the mountain goat, the deer, the wild donkey, the wild ox, the ostrich, the horse, the hawk, the eagle, the behemoth, and the leviathan—that highlight His power and glory as Creator. It is the identity of the behemoth, described in Job 41:15-24, that is the subject of this article. What exactly was Job‟s behemoth, and why did God include it as one of the most outstanding examples of His creative power? 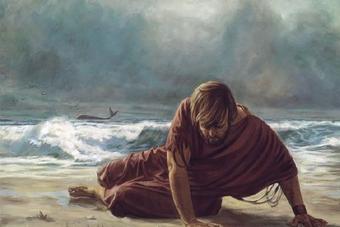 pdf Who Were the Nephilim 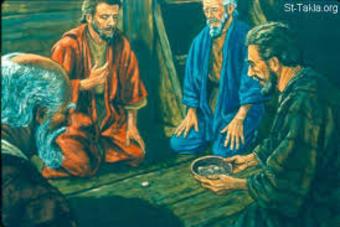 Ancient Baal worship was an ongoing temptation to God’s people in the Old Testament era. But Baal also has a New Testament connection, one relevant to Christians even today. In order to understand this connection it is essential to review the biblical references to Baal, examine the historical data about Baal worship, and trace the name of Baal to the New Testament. 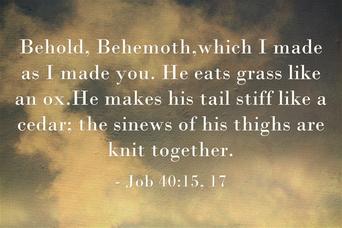 Noah had three sons—Shem, Ham, and Japheth.  Their descendants ultimately populated the world, and everyone alive today has a lineage that goes back to one of these three sons.  Genesis 10 records the Table of Nations that lists the immediate descendants of Noah’s sons including the four sons of Ham—Cush, Mizraim, Put, and Canaan (Genesis 10:6-20; compare 1 Chronicles 1:8-16).  “As the second son of Noah, Ham is regarded as the eponymous ancestor of the African peoples, as Japheth his brother is of the Indo-Europeans, and Shem of the Semites.”1  The historical tie between the biblical record and other ancient writings supports the accuracy of the Bible in all matters including history and faith.

The Sons of Ham

The Gods and Goddesses of Canaan 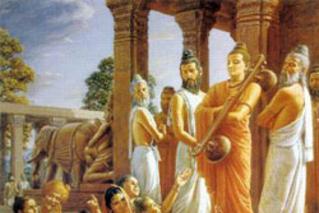 Genesis 6:4 refers to a mysterious class of people called Nephilim, mentioned also in Numbers 13:33. These are the only two references to these people in the Bible. Their identity is especially puzzling due to their apparent association with the “sons of God” in the Genesis passage and with the descendants of Anak in the Numbers passage. Who were the Nephilim? In order to gain a better understanding of this ancient class of people, we need to answer several other questions along the way.

Who Were the Nephilim?